As can be seen in the photos below, the original facility which housed the children in Dom Dek was a group of wooden Cambodian-style houses on concrete posts. Dom Dek is a village in the Sotnikum district, about 40 km from Siem Reap. This is an extremely poor area and it was decided initially that it would be the perfect site to assist orphaned and abandoned children where there was most need.

This operation was run very successfully for 9 years. The children lived in family groupings of 6, each grouping made up of either boys or girls of varying ages.  A house mother was responsible for the running of each of the five houses, making the situation as similar as possible to that of a traditional Khmer family.

All meals and activities were undertaken in the Community Centre, with the house mothers responsible for food preparation and the children helping with small chores. The facility had its own independent water supply provided by water run-off from the rooves of the houses into rain water tanks. There were also two toilet and bathroom blocks, a small library, a computer room, a large play area and volley ball court, and secure fencing.

The children attended the local primary school until they were ready to start Year 10, at which stage they moved to the rented accommodation above the KH offices in Siem Reap, once again with its own house mother to oversee the running of the house, prepare meals etc, while they attended the local high school. 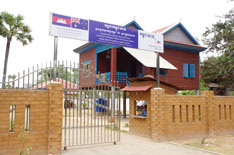 January 2009
House 3 and library underneath completed 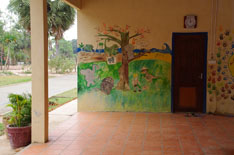 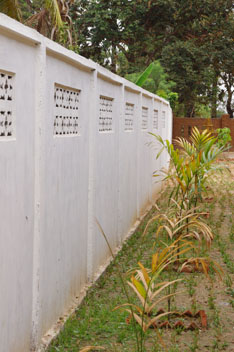 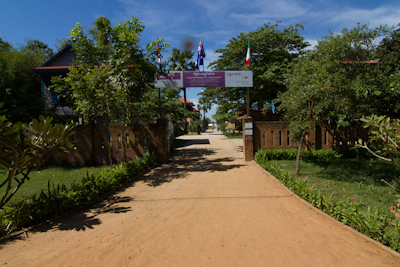 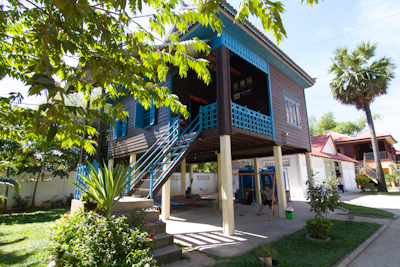 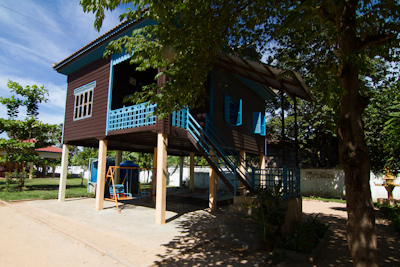 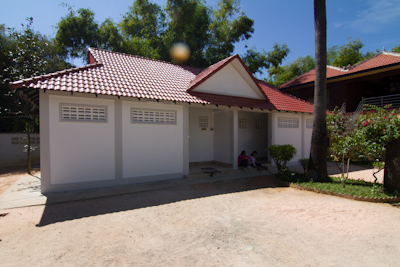 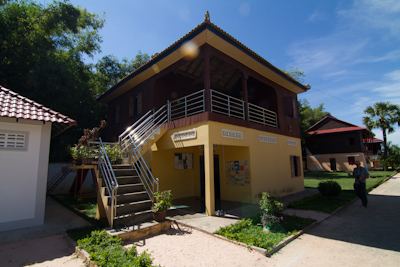 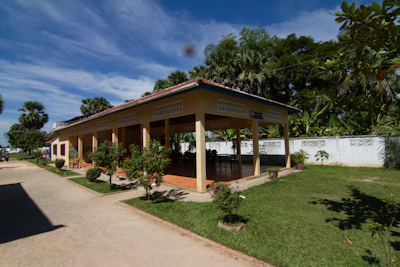 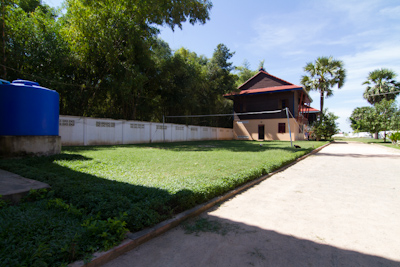 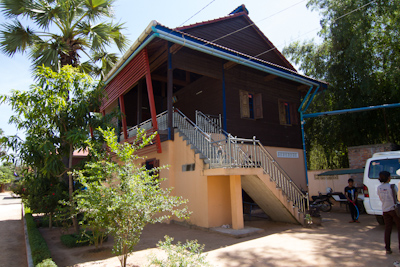 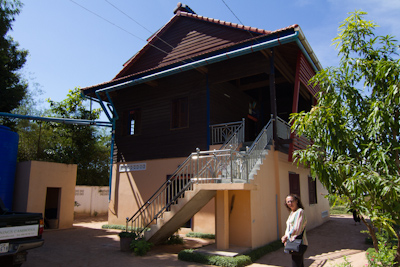 In September 2016 the decision was taken to move all the remaining children in the Dom Dek facility to in Siem Reap and a house was been rented for this purpose (see photo below).

There were several reasons for this decision:

All our residents are looked after by our house mothers and attend the local schools. The house has a large pergola structure and garden, both of which are useful for visits by our school sponsors and guests. The children are happy to be all together and have integrated into the city lifestyle, with many more opportunities for visits to museums and excursions available. Those who have relatives are still able to visit them during important holidays and religious festivals. 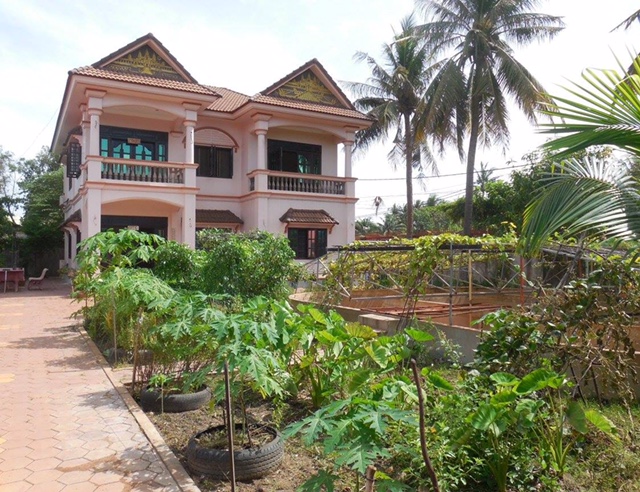